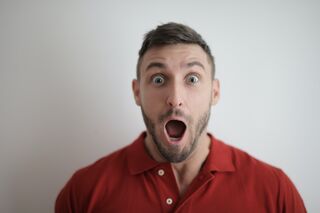 Standing up for your values while maintaining a relationship.

Q: My company is acquiring another company. My counterpart at the new company regularly says the most racist and misogynist things and acts as if I—another white male—should obviously agree. I do not. But I don’t know how to shut him up without endangering what needs to be a good relationship during this acquisition. 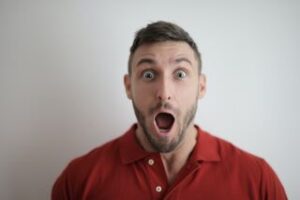 A: One of the most powerful components of both happiness and work engagement is the belief that we are living congruently with our deepest-held values. Unfortunately, moving through this world means interacting with people whose values are profoundly—sometimes painfully—different from our own. In our non-work lives, we can give them the heave-ho, but we don’t always have that choice at work. The challenge is how to maintain a productive work relationship without enduring—or endorsing—their nonsense.

One option is to minimize your interactions with this dude by handing him off to a colleague who won’t find his explicit racism and misogyny so painful. But while this might be the best choice for you, this dinosaur’s behavior goes beyond a neutral ‘values difference’; his comments and beliefs actively cause harm.

There’s nothing quite so uncomfortable as someone assuming you are “on their team” when you are profoundly not. However, that sense of implicit camaraderie—“Women, amirite?”—allows you to say things that others can’t. The challenge is that calling someone a racist is a conversational grenade. All productive dialogue screeches to a halt as the person retreats into a defensive posture—“No, I’m not because…”—and any opportunity for learning disappears.

If your goal is actual behavior change (and maintaining a cordial relationship), the most empathetic and effective alternative is “calling in.” This requires assuming positive intent: that he doesn’t know he’s causing harm. He may be a terrible human being and say horrible things on purpose, but—for the sake of improving this situation—can you think of a reason that he might be unaware of the harm he’s causing? Maybe he learned how to socialize in the ‘80s when bro-bonding was a thing, and he never learned better techniques. Or maybe he’s been trapped in a cave (or some Dudeville backwater) for the last 30 years.

If you can get yourself in a headspace where you can assume—or pretend—he doesn’t know better, calling in is powerful. First, you acknowledge that he’s not the only one who might think the (asinine) thing he just said: “That’s a common stereotype,” or “I got messages about that too when I was growing up.” This defuses any defensiveness so he can hear the second step, which is gently inviting him to see a different perspective: “The immigrants I work with are some of my most reliable coworkers,” or “Research has shown that emotional intelligence is core to leadership and men are actually at a disadvantage since we’ve been taught to hide or cover over our emotions.”

The key is to do this in an earnest, “I’m just here to help, man” way each time he makes a harmful comment. Over time, your messages will either sink in, or he’ll get tired of your course corrections and censor his comments in front of you.

If assuming (or pretending) he’s clueless isn’t possible in this situation, another technique is repeating his comment back to him in a neutral tone. Sometimes, I’ll rephrase to show the underlying assumption in a slightly puzzled tone: “Are you saying that all ___ are ___?” This gives them a chance to course correct. If they defend their position, you don’t need to debate or engage. Just respond, “What a bizarre thing to say,” in your most neutral tone. Or if you prefer bro-speak, “Not cool, man.” And then move on.

If neither of these techniques reduces the number of racist or sexist comments he makes in front of you, you might need to be explicit. Tell him that you don’t agree with his views on women and people of color and you’d like to focus on the deal you’re doing instead. He’ll say you can’t take a joke and rant about liberal snowflakes, but you can just smile politely and know you’re in the right.

Sign up to receive "Put Happiness to Work: Sticky Situations" in your inbox each week.