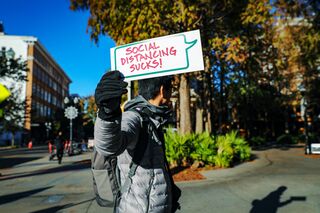 Q: Typically pre-COVID, I met in person with shipping or IT people, and everything was very casual. Because of COVID, we’re on Zoom and my sales peer joins. There is a very different “being presentable” standard. I feel like I have to dress up and make sure my background looks a certain way. I hate it and I feel like it gets in the way of my relationships. Do I have to play by these new rules? 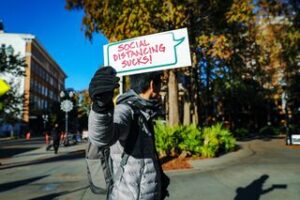 A: I’m curious whether these new standards are “real” rules or just a change in the social script. “Real” rules are explicit and official guidance, often sent in a long memo from HR or spelled out by your boss in a performance conversation. To change them, you’ll have to tackle the bureaucracy (good luck). But I suspect these new standards are instead changes in the social script, those unwritten and unspoken norms set within a group.

Changing social scripts can be hard, but as a member of the group that sets them (even unconsciously), you also have the power to change them. Here are three paths you could try:

For many of us, COVID brought a lot of change to our work lives (understatement of the year). Some negative changes aren’t under our control, but some are. Taking the time and effort to question and perhaps fix the pain points we can control is a gift to ourselves—and to everyone else who may be suffering around us.

Sign up to receive "Put Happiness to Work: Sticky Situations" in your inbox each week.